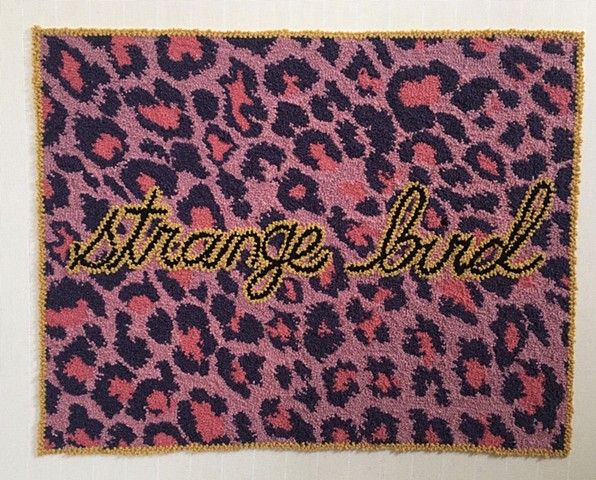 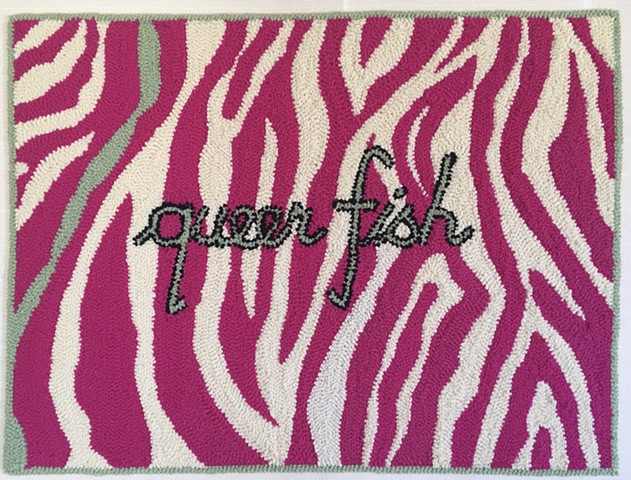 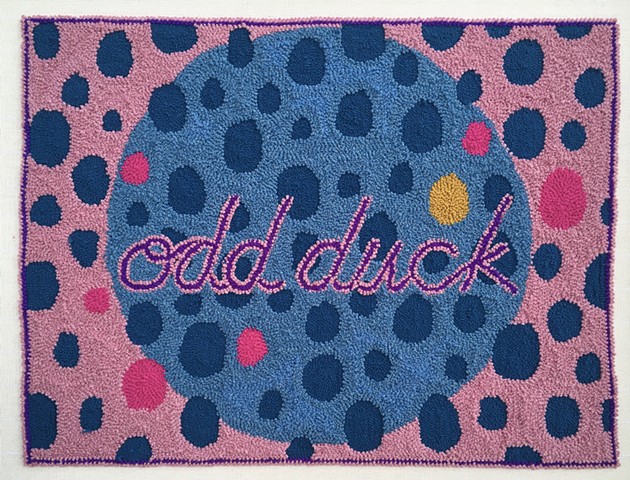 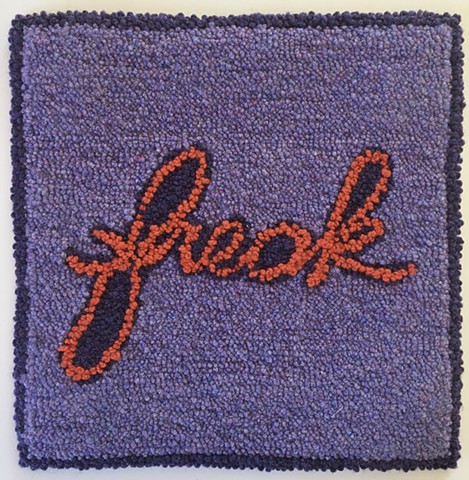 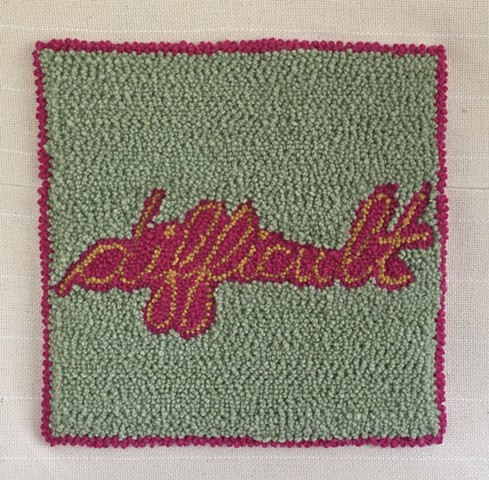 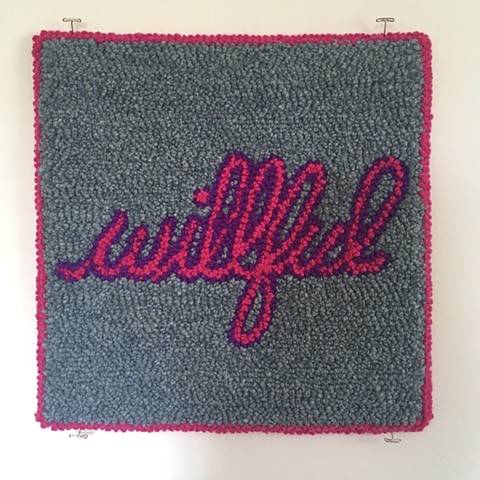 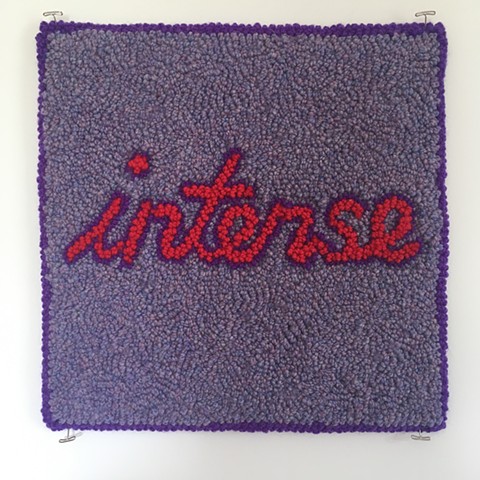 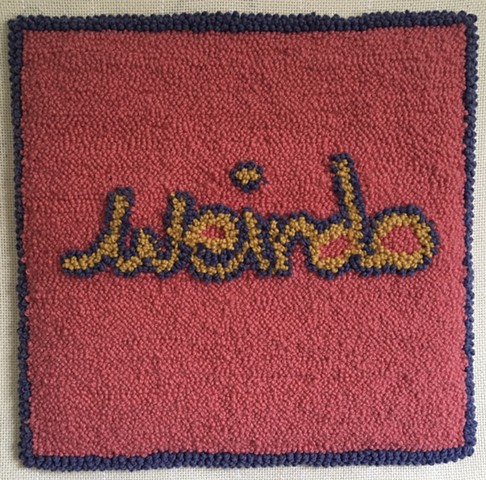 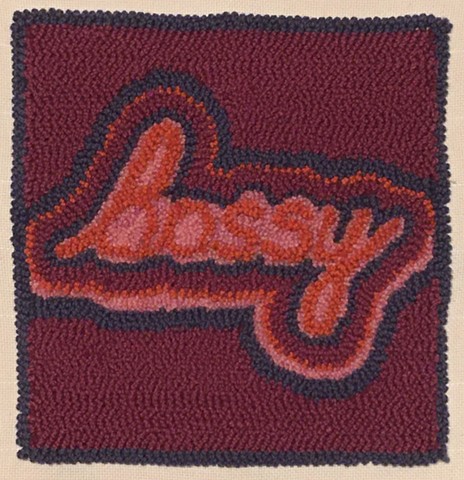 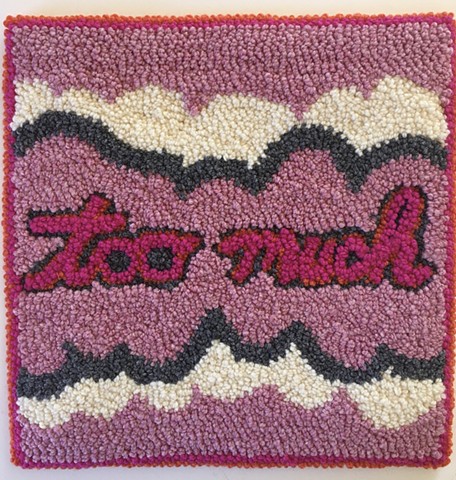 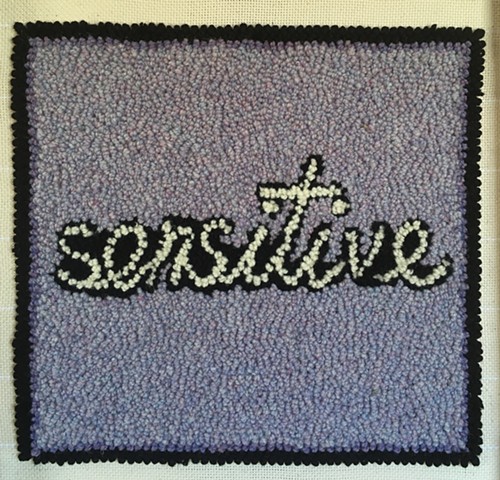 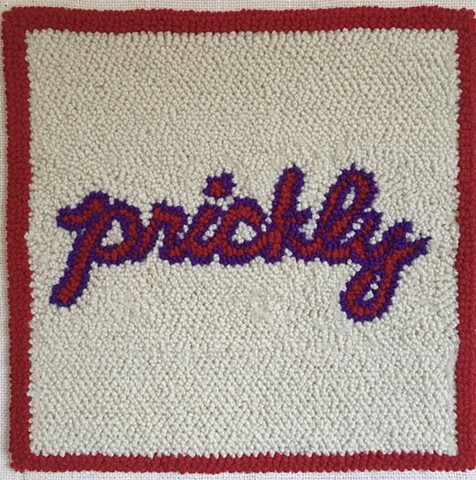 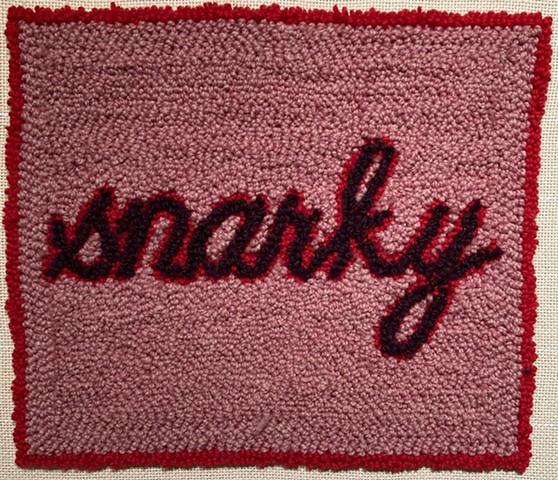 At the start of this new series (late December 2020) which is continuing into 2022 I was shedding some of my past and settling into the present. In making this text-based/craft influenced work I chose words that have been applied to me by others throughout my life. Remarks made both casually and cruelly.

Unlike those who suffer/ed from labelling and accompanying bullying, while feeling like a "freak" most of the time, I also always felt empowered by being called out as "different". Therefore, this work does not addresses trauma, hurt or bullying but rather my intention was to embrace and shine a light on "freakiness". This is not to say that I am ignoring the socio-political act of reclaiming language. I am very much claiming these labels and saying, Yup! That's me!. (Imagine I'm saying "Na, na, na-na-na - You can't hurt me" at the same time.) I hope that others recognize the push back in these works while perhaps finding comfort (and even empowerment) through them for their own freakiness/difference.

As an artist I respond to the materiality of various media and for this series chose rughooking. The artworks are wall pieces. They are not utilitarian. This choice of media is aligned with Feminist art practices (from the 1970s) of elevating traditional female crafts to Art - especially for making political statements about erasure, exclusion and representation. In keeping with that art history, I am using the craft-based technique of rughooking to amplify my conceptual intentions.